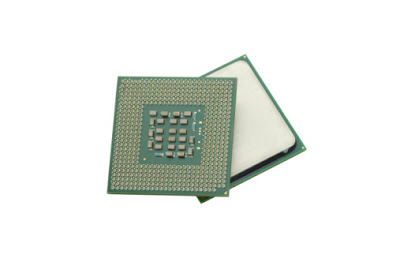 Despite promises of a laptop with an all-day battery life coupled with an inexpensive price, Intel’s ultra-low voltage processors, otherwise known as CULVs (Consumer Ultra Low Voltage), haven’t exactly been living up to the hype. Part of the reason is that Intel hasn’t updated their mobile line of processors with its new Core technology, instead their CULV line has simply been based on Core 2 Duo technology. That is until now.

The chipmaking giant Intel has released their new ulta-low voltage versions of its 32-nm “Nehalem” Core i3, Core i5, and Core i7 processors. This means that Intel’s premiere mainstream processors have been slightly downsized so they can now be installed inside power-sensitive ultra-portable notebook computers. These new chips not only pack a significant performance punch, which Intel says is about 30% faster than their previous ultra-low-voltage offerings, but also use 15 percent less power in the process. The new chips will be identified from their larger counterparts by their part numbers which will end with the letters “um” (i.e. Intel Core i5-430um or Intel Core i7-640um).

“Consumers crave laptops that offer style and performance, and the new 2010 Intel Core Ultra-Low Voltage processors for ultra-thin laptops delivers both, in one sleek design,” said Intel PC Client Group VP and general manager Mooly Eden, in a statement. “Not only are laptops becoming ultra-portable, but with the new processors inside, users will see faster response times and less waiting.”

Like their bigger brethren, ULV versions of the Intel Core chips will feature Turbo Boost and Hyper-Threading technologies enabling the processors to dynamically overclock themselves and devote resources to a single processor core. In addition, the new processors will have a thermal envelope of 17W, which is at least twice as energy efficient as their standard volt Core processors. However, Intel will not be converting its ultra-thin processor offerings completely over to the Core line. ULV versions of the Celeron and Pentium processors will continue to be available to manufacturers and will still be a mainstay among many laptops in the future.

It seems the direction that Intel wants to take its new chips is towards a strange middle ground between very affordable and highly portable, yet slower-performing netbooks and even full-size traditional laptops. The MacBook Air is an example of an ultra-thin laptop that offers powerful portability but is simply too expensive for the average consumer. On the other hand, there is the Toshiba T135 series of ultra-portable laptops which seem to attract far more interest than the Macbook Air for its more reasonable price tag despite being less powerful.

Then there are ultra-thin laptops which tout enhanced performance, such as dual-core Atoms, which offer negligible performance improvements for their cost. It appears that consumers are more interested in average and smaller sized laptops which deliver on affordability. Intel promises that systems will start appearing in June equipped with their new ULV processors, so we’ll see soon enough just how they stack up. Already Intel says more than 40 designs based on the chips have been confirmed and are already in the works from makers such as Acer, Lenovo, Asus, and MSI.